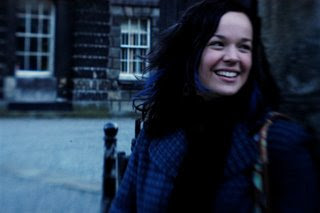 I listened to the Counting Crows' debut album August and Everything After far too much growing up. I got tired of hearing it everywhere, but it still survived all this time on my Ipod because it is a pretty good album. As for the rest of their cds after that, well, let's just say they make some pretty good coasters.

Sometimes though, an artist can cover a song and bring a whole new life to it, arguably improving on the original version. Perhaps the best example of that that I have heard in some time is Canadian singer Allison Crowe's slowed down take on the Crows' song "A Murder of One" with just a piano backing up her powerful, moving vocals. Check out the sound clip from YouTube below before downloading the track.

Allison Crowe - A Murder of One

Allison also recorded a nice version of "Raining in Baltimore," another song from August and Everything After

There are free downloads of many of Allison Crowe's albums, which are filled with many other great covers, on her website here.

Thanks for checking this out.
Posted by David Hensel at 1:08 PM